Notice: Please do NOT enrol on this course on impulse, thinking you might watch it later. Maybe show an interest on impulse, yes, but before you enrol, watch the Preview videos, read the Course Description and then make a decision. If you then enrol then please start the course as soon as possible. Watch the lectures, look at the workbooks and join in the discussions. Joining my courses is a serious business and I want you to get the most out of your study – but I also want you to enjoy the course.

That is why I am asking that you only enrol because you really want to and that you start the course intending to make full use of all the resources.

You will be very welcome.

This is a course about a major problem of healthy eating – when the ‘healthy’ aspect become UNhealthy. There are two Instructors: Chris Sivewright and Johana Alandete.

«I start by clarifying that I am not a health professional, I am not a doctor, a psychiatrist, a psychologist, or anything like that. I am, in fact, a Master in Administration, a writer by passion, a singer, an actress and a comedian with my friends and family… In fact, I always dreamt of being a comedy actress. BUT mental issues are important for me, reason why I research a lot from science papers, books, experts, and people who lives with. I am also a person who has gone through a depression diagnosed as severe, according to my psychiatrist. The madness (that is what I called my depression), manifested itself after I developed an eating disorder that began in near anorexia-bulimia and mutated into an orthorexia (not yet included in the DSM-5). At first, I started removing certain foods from my diet (sugar, grease, carbs, process food, some fruits), until I was afraid to eat two leaves of lettuce because it was too much. When I was almost in the bones, the depression began… I isolated myself, became almost a zombie, a body without a soul and the histrionic Johana who used to speak so much, who was exaggerating everything as a joke, who loved to laugh out loud, had become only «something», a physical body that inhabited an empty space. I stopped being someone.»

Johana writes: «I lived with the illness for 5 years and is not so «Nice». So, now in the social media era, where the teen and young adult users who spend the most time on Instagram, and other digital platforms, showed a substantially higher rate of depression (13 to 66 percent) than those who spend less time on their cell phones. Study by the Child Mind Institute 2017. Is absolutely important to be armored because the comparison between lives, bodies, success and all that things, are ruining our lives.» 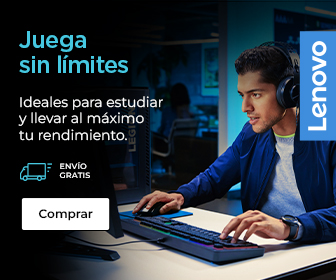